Your Expert Guide to Citrulline

The last decade of supplement science has been a big one for citrulline. A decade ago, it was somewhat of a niche supplement that bodybuilders might add to their pre-workout for an extra pump, usually along with L-arginine. But over time, it has steadily gained popularity among a range of athletes with strength and physique-oriented goals, pretty much replacing L-arginine altogether.

Currently, citrulline is among the most common ingredients found in multi-ingredient pre-workout supplements. In fact, a recent review found that 71 percent of the top-selling pre-workout formulas contained citrulline—and if you’re a pre-workout entusiasta and label reader, that estimate might seem low.[1]

So, does this rising star deserve all of the hype? What does the science say? Let’s dive into this growing body of research and find out.

Citrulline is a nonessential amino acid found primarily in watermelon, cucumbers, and other melons. It serves as an endogenous precursor to arginine, thereby enhancing nitric oxide synthesis through what is known as the arginine-nitric oxide pathway.[2]

Nitric oxide has various performance-boosting functions in the body including a vasodilatory effect, which may help maintain healthy blood pressure along with increasing oxygen and nutrient delivery to working muscles. Furthermore, nitric oxide may reduce the oxygen and energy cost of exercise, improve mitochondrial efficiency, and improve intramuscular calcium processing.[3] 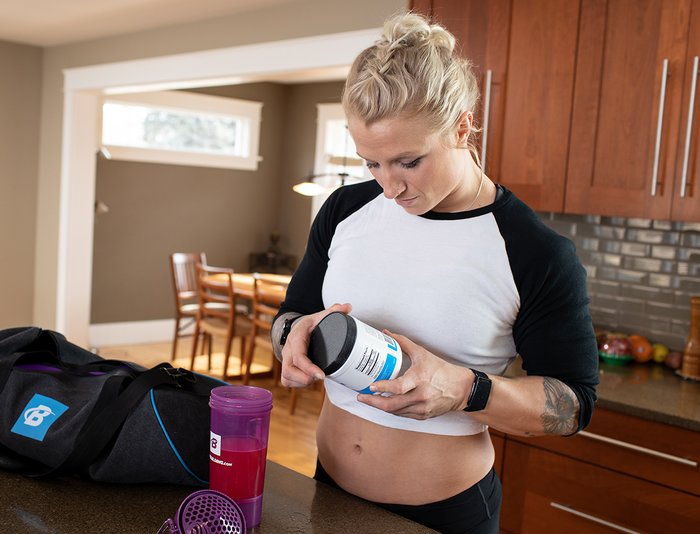 So if the goal is to increase arginine levels, then why not just supplement with arginine? That was the old way of thinking, but supplementation with citrulline has actually shown to be a more efficient means of elevating blood arginine concentrations to promote nitric oxide synthesis.[4]

When arginine is supplemented, it is largely processed in the gut. As for the portion that does make its way into the bloodstream, it is even further extracted from circulation by the liver. Citrulline, on the other hand, is not subjected to this breakdown, and can be directly converted to arginine by the kidneys.[2] Citrulline is also less prone to side effects than arginine, which is known to create ventral pain and diarrhea in some people.

Citrulline is typically found in supplements as pure L-citrulline or as citrulline malate. To date, almost all of the research examining outcomes related to resistance exercise has investigated the effects of citrulline malate. While the potential benefits of malate are merely speculative, it has been proposed to play a role in enhancing energy production.

What Does the Science Say About Citrulline?

In recent years, there has been a surge of new studies investigating the effects of 6-8 grams of citrulline malate on resistance exercise performance. Unfortunately, these studies have yielded mixed findings.

Several studies have reported that a single dose of citrulline malate can enhance muscular endurance during fatiguing resistance exercise.[5-8] For example, acute supplementation has shown to increase the number of repetitions performed during 5 sets to failure of the leg press, hack squat, and leg extension using 60 percent of one-repetition maximum (1RM).[7]* 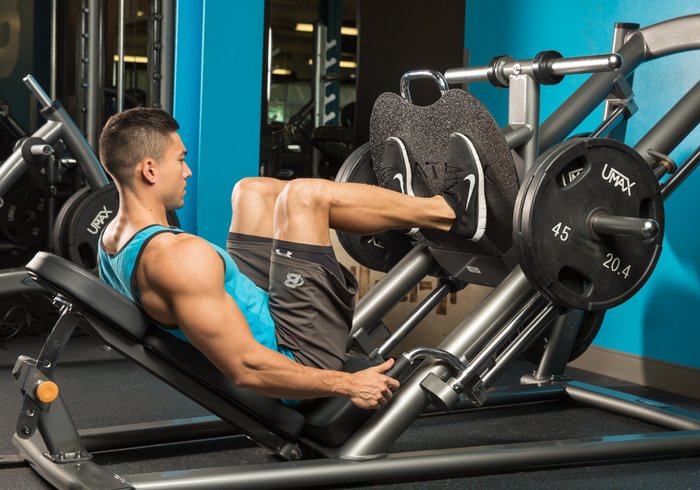 Similarly, citrulline malate supplementation allowed for more repetitions to failure during 6 sets of bench press and leg press at 80 percent of 1RM.[8] An increased number of completed repetitions has also been observed during an exercise protocol consisting of bodyweight exercises (pull-ups, chin-ups, and push-ups).[6] However, other studies have failed to report such benefits on resistance exercise performance following citrulline malate supplementation.[9-13]*

Despite some mixed evidence, a recent review of the literature found that citrulline supplements appear to offer a small, yet significant benefit for athletes performing high-intensity strength and power exercises.[14] Based on the current evidence, it also appears that citrulline may reduce ratings of perceived exertion and muscle soreness following training.[15] In particular, citrulline malate may improve resistance to fatigue during resistance exercise, allowing you to get an extra rep or two during your workout.

While hypothetical at this point, the improvement in training quality and volume may promote a superior anabolic stimulus, boosting muscular strength and hypertrophy adaptations following regular supplementation.* Nevertheless, much more research is needed before jumping to these conclusions. Presently, only one study has investigated the effects of citrulline malate supplementation alongside an eight-week resistance training program, and no performance or body composition improvements were noted.[16] However, the dosage provided was relatively small (2 grams per day) compared to the aforementioned acute studies.

What Supplements Does Citrulline Work Well With?

Since citrulline is commonly found as part of a multi-ingredient pre-workout supplement, some studies have examined the effects of citrulline in combination with other potentially ergogenic ingredients, including arginine, antioxidants, and nitrates.[2] 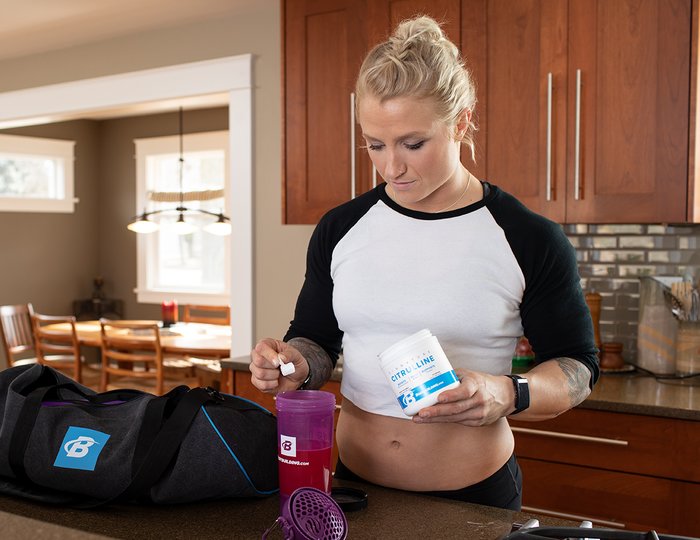 For example, although citrulline outperforms arginine head to head, there is evidence to suggest that the combination of citrulline and arginine may better increase plasma arginine concentrations and blood flow.[17]*

Citrulline is naturally found in watermelon, and watermelons are also a rich source of antioxidants. Some preliminary evidence suggests that the combination of citrulline with antioxidants, and in particular one named glutathione, may boost nitric oxide bioactivity.[18]

Nevertheless, this research is in its infancy and much more evidence is required before making any definitive conclusions about how citrulline interacts with other dietary ingredients.

Citrulline has generally shown a great track record for safety and tolerability. Although some individuals may experience mild stomach discomfort, this is not typically reported at moderate dosages.

As for performance enhancement, while findings are far from universal, several studies have concluded that citrulline malate supplementation can enhance exercise performance and recovery. 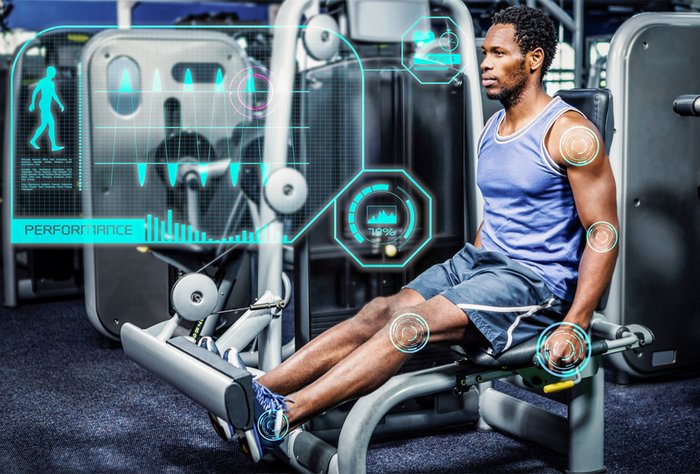 Overall, there seems to be a small ergogenic effect of citrulline malate on muscle endurance during fatiguing resistance exercise.* Whether this increase in training volume translates into bigger and better gains requires more research.

The upshot for now: There doesn’t appear to be any downside to taking citrulline, and there may be an upside to taking it with other blood flow and nitric oxide-boosting agents. But dosage matters! At small doses like 2 grams of citrulline malate, don’t expect it do much.

How Should I Take Citrulline?

The research studies typically provide 6-8 grams of citrulline malate one hour prior to resistance exercise. Those are good dosage numbers to stick to. Citrulline malate is typically found in a 1:1 or 2:1 ratio. Since the ergogenic value of malate is unclear, a 2:1 ratio would be preferred. If you’re looking to take pure L-citrulline, or the pre-workout you’re looking at has it, aim for 5-6 grams of the amino acid.

In the case of both L-citrulline and citrulline malate supplementation, it seems likely that they would be more effective after taking them consistently for at least seven consecutive days than as a single dose. In this regard, they’re similar to two other popular pre-workout ingredients, beta-alanine and creatine monohydrate. Lastly, citrulline supplements may pair nicely with several other ergogenic ingredients such as arginine, antioxidants, and nitrates.

*These statements have not been evaluated by the Food and Drug Administration. This product is not intended to diagnose, treat, cure, or prevent any disease.